Jessica is a Head Nurse of PetMedics Veterinary Surgeons; which is one of the largest ECC veterinary hospitals in the UK, with a total of 44 staff in the nursing team.

Jessica completed a BSc (hons) in Animal Science at Nottingham Trent University in 2005.  She studied at Bottle Green Training and qualified as an RVN in 2008.

She completed the Diploma in Advanced Nursing (Small Animal) and BSc Veterinary Nursing in 2013 at Harper Adams University. 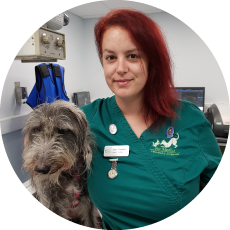